A MESSAGE TO THE CHANCELLOR… 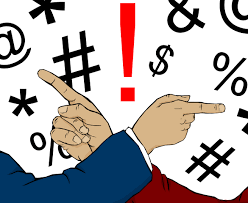 A message to the chancellor…

So now we know … The new Chancellor has given his Autumn Statement and we have an idea of the direction the new-look Conservatives want to take.

First the slightly disappointing news; the proposed abolition of letting fees. Let’s not forget there is to be some consultation before it actually becomes law so there’s time for lobbying for those who feel strongly that Mr Hammond has simply got it wrong. But, having said that, it’s perhaps significant that many commentators have already been reporting the move as a done deal, probably because it was presented as one of the Government’s gestures to help “the just-about-managing”.

Mr Hammond seems to believe that it’s the landlords who should be paying for letting agents’ assistance, not the tenant – which many will see as fair enough. However, there’s absolutely nothing in the statute book to prevent landlords passing the additional cost back to the tenant in the form of increased rent so, in the end, we’ll probably soon be back where we were. Indeed, tenants may be even worse off as the Chancellor also ignored calls for an end to the additional 3% Stamp Duty his predecessor imposed on buy-to-let landlords in April. Again, the move was meant to make an investment in a second home a little less attractive, freeing up more property for first-time buyers and bringing prices down. In reality, the buy-to-let market is still thriving – although rents have continued to rise, possibly to counter-balance the extra Stamp Duty the landlord now has had to pay.

But there was some good news on Wednesday too – and that came in the form of the Government’s pledge to invest in construction. Over £2bn is to be pumped into regions where there’s a desperate need for new homes and a further £1.4bn is to be invested in 40,000 more affordable homes, along with a raft of new schemes like Rent-to-Buy, Shared Ownership and Right To Buy, giving struggling first-time buyers a number of options to look at when it comes to getting a foot on the housing ladder.

But (and there are a few) we should first of all acknowledge 40,000 affordable homes isn’t many in a national context. Also we’ve yet to see the definition of “affordable”; neither do we know yet where these new homes will be built.

We’re a Yorkshire-based firm so, as you might expect, we’d very much like to see the Government back-up its rhetoric about a Northern Powerhouse with some action. If we’re going to see significant investment north of Watford, then people will need homes to live in so, hopefully, a decent slice of that money to boost construction will be coming our way.

But, in many cases, the areas feeling the “housing crisis” worst are small rural communities. Many villages have fast become enclaves for the over-50s as homes in the countryside have been snapped up as holiday cottages or have become so expensive they’re well outside the price bracket for the average rural worker.

Yes, there are pockets of London – and other big cities too – where “brown field” development could help ease the logjam and get Britain back on track when it comes to home ownership. But let’s hope rural communities get their fair share too or we’ll likely see a continued decline in a quintessentially British way of life.