SO WHO IS THE FOOL TODAY? 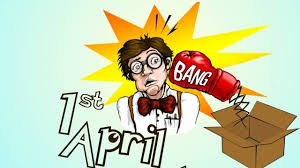 If you’re a landlord, then today is a bit of a watershed. From this morning an extra 3% Stamp Duty will be imposed on anyone buying a second home or buying property to let.

The Chancellor’s reasoning appears to have been that the additional tax burden would prove a disincentive to anyone considering swapping their pension for property. That, in turn, would mean more small- to medium-sized homes coming onto the market as they wouldn’t just be snapped up by the avaricious buy-to-let set. More houses on the market would help to peg prices where they are or even prompt a modest decline. Combine that with an accelerated building programme, and suddenly you have even more ammunition to avert the risk of a fresh housing “bubble” threatening the stability of the UK economy.

In principle it seems to make sense, particularly when you read a hefty percentage of landlords are also now considering getting out of the buy-to-let game altogether – which would mean even more “affordable” property hitting the open market.

However, many estate and letting agents are adamant there are a few problems Mr Osborne doesn’t seem to have considered – and he did little to address them in his most recent Budget.

Firstly, by announcing the additional tax in November and not imposing it until today, the Chancellor has helped to drive house prices even higher. Landlords who have decided to stay in the buy-to-let game – or indeed to join it – have been working feverishly to beat the deadline and to complete on new properties before today. That demand has had an impact on asking prices so those who have decided to drop out of the buy-to-let game probably did quite well, thank you very much. But those who did add to their property empires before today are also unlikely to lose out. There’s every likelihood any additional acquisition costs incurred by landlords will simply be passed on to tenants in higher rents.

Many in rented accommodation already struggle to cover all their overheads so an extra financial burden isn’t going to make it any easier to save for a deposit for a home of their own. There may be more properties on the market but, if rents increase, they will remain beyond the reach of many. The only solution would be a more rapid decline in property values which – combined with the threat of higher interest rates – could risk a collapse in consumer confidence. Suddenly, we’re back where we were in 2007.

So, although Mr Osborne’s intention may have been to persuade us that buy-to-let is now a fool’s game, he may also have quashed the dreams of many first-time buyers – exactly the people the Government has been keen to insist it’s trying to help.

So who’s the fool today? Only time will tell…