Mortgages? You do the maths 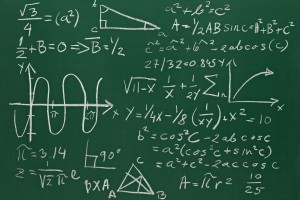 If you’re looking for your first home no doubt you’ll already have been given plenty of advice, both on what to look for in a property and what you might need to buy to turn it into a home.

Indeed, it’s fair to say that you may even be feeling a little pressure to get that first foot on the ladder as quickly as possible. Some elements of the media are suggesting cheaper mortgage deals are already drying up as lenders begin to baton down the hatches in preparation for an interest rate rise while the Government’s Help To Buy scheme may not be available for ever, particularly in the current financial climate.

However, by far the biggest obstacle any first-time buyer faces these days is acquiring the money for a deposit. With the average figure estimated at around £32,000 (https://www.propertywire.com/news/europe/first-time-buyers-deposits.html) it’s a lot of cash.

Of course, some will be able to draw on the “bank of mum and dad” – perhaps after they have downsized themselves – while it seems an increasing number of others will look to so-called peer-to-peer lending, borrowing money from other sources rather than the traditional sources such as the banks and building societies.

But, whatever the source, it’s vital anyone new to mortgages or the house-buying process remembers whatever they have to pay back on Day 1 is not necessarily going to remain a constant. By far the safest tactic is to add another £100 a month to the estimated repayment figure and ask, if it does rise to that – or even just above it – what would you have to give up to meet the cost?

Holidays? That newer car every three years? Meals out? Okay … there are times in all our lives when we have to do without the luxuries. But what if it means scrimping on the grocery bill, worrying about whether you can afford the petrol to get to work or shopping for new clothes in charity stores rather than M&S.

Buying a house should be a joyous milestone, not a millstone. If you’ve seen a house on our list and you think it could be the right one for you, we’ll do everything we can to help arrange a viewing and to negotiate with the seller. But, if we have one piece of advice for first-time buyers entering the current market it would be that they shouldn’t feel stampeded or rushed into a decision which could have major implications for many years to come.

Despite what you may hear at the moment, there are some decent mortgage deals out there and, you can still get a foot on that property ladder without massive financial risk – particularly if you’re prepared to compromise a little on what your “dream home” looks like.

But, whatever you do, before you put pen to paper, make sure you’ve done the maths.