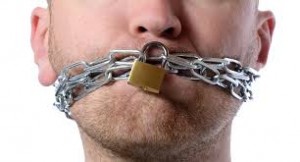 The interesting thing about the “housing crisis” all the politicians have been talking about throughout the party conference season is that no one has really mentioned the cause. It’s almost as if it’s arrived like a storm from the Atlantic or some sort of food alert like BSE or foot-and-mouth disease. No one seems to be to blame. It’s just … happened.

The truth of course is an entirely different matter and the causes are actually pretty numerous.

First of all, successive governments have actually been more concerned with cutting costs and keeping taxes down than investing in an effective building programme. Right To Buy, Help To Buy, Stamp Duty changes and open borders with Europe may have helped to win a few votes or even an election but, when you have a political system which can change dramatically every five years, no one party can make any definite, long-term plan. In the end, money – or self-interest – wins and so we end up where we are once again.

And where is that?

For a start, no one wants to be a brickie anymore. With education leaning more towards academia and with the media pedalling the prospect of instant fame through endless TV reality and “talent” shows, there’s a significant skills shortage in the building industry. The long-winded planning process makes it difficult for developers to build on a small scale while the big names in construction are sitting on tracts of land which could be used for housing, watching its value increase in line with asking prices.

Getting on the housing ladder as a first-time buyer is now almost impossible unless you can afford a deposit of approximately £35,000. A lack of supply is driving asking prices ever upwards, while rising rents have made buy-to-let an industry in its own right.

That might suggest, if you already have a home of your own, then you’re sitting pretty – but far from it. Recent research has suggested a worrying number of homeowners would struggle to pay their mortgages in the event of an interest rate rise and, if that happens in 2016 as predicted, we could very quickly find ourselves back where we were in 2007.

If we can draw any comfort from this autumn, then at least it’s the fact all the major political parties seem to have recognised this and their leaders’ speeches have all alluded to some form of solution. Both Labour and the Tories appeared to be committed to an accelerated building programme. George Osborne even suggested some form of control to ensure a large proportion of new homes are built for first-time buyers and to replace social housing, likely to be swallowed by the Conservatives’ Right To Buy programme.

The thing is, so many conference speeches in the past have turned out to posturing or empty rhetoric designed to fire up the faithful and mollify the media and the masses.

The time for all that has passed. We need action. And we need it NOW.