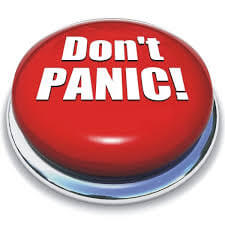 If you read the papers on a regular basis you can’t have failed to notice some strident headlines recently, claiming the UK property market is on the brink of another crash.

It’s certainly true that the Halifax’s latest index showed a slight drop in the value of homes sold in April – the first time we’ve seen a fall in house prices for quite some time.

However, the almost hysterical reaction by some parts of the media is a little puzzling. First of all, let’s remember many of the same publications have commented frequently enough about high prices making it much harder for first-time buyers to get a foot on the bottom rung of the property ladder. It’s been suggested numerous times that, if prices don’t stabilise soon, then the dream of home ownership will be out of reach to all but the very wealthy. The promise of more “affordable” properties has been one thing all the political parties also seemed willing to offer in the run-up to and the aftermath of the last General Election and was reported widely at the time.

So why is it, when prices dip by even a fraction, the immediate reaction from some – and particularly the tabloid press – is reminiscent of Chicken Licken? Yes, we have just seen a 0.8% drop and there are reports some sellers have reduced their asking prices for a quick sale – but there have also been some unusual and artificial elements at play of late so frantic bleatings about an imminent property market crash are perhaps a tad premature.

First of all, that slight drop was only recorded in April. If the figures for the first quarter of 2016 are compared with 2015, then we have still seen a 9% rise in property prices which – let’s face it – is hardly disastrous.

Secondly, a dip in prices was actually predicted by many last November when the Chancellor announced a 3% surcharge in Stamp Duty on second homes purchased after April 1 this year. The result was a rush by landlords to complete buy-to-let deals before the deadline, leading to a surge in sales ahead of the date and, inevitably, a small decline afterwards.

Thirdly, with uncertainty over Britain’s role in the EU, there are reports to suggest buyers are hanging fire, even though there are some great mortgage deals out there at the moment. Nevertheless, some are worried about the impact change will have on their jobs or their income so – at least until the Brexit vote in June – it’s quite likely there will be fewer buyers around, which may persuade some keen to move quickly to drop their asking price to make their property more attractive.

None of the above are likely to be long-term trends. None – other than perhaps a rise in interest rates – are likely to have a far-reaching impact on how much we’re prepared to pay for a property.

Sadly, though, many sellers will read the newspapers and come to the conclusion that they’d better slash their asking price immediately. Suddenly, there’s a risk a downward spiral will begin and then the headlines we’ve all seen recently will become a self-fulfilling prophecy.

Our advice? Well, first of all, don’t panic. Things could look very different by July 1 and, even if the downward trend continues for a while, a few months of falling house prices doesn’t represent a crash.

Secondly, as we’ve said in a previous blog (https://esaleuk.com/the-price-is-right/) don’t be further bamboozled by the introduction of a new house price index in June, which may once again lead to an illusion that prices are falling. In fact, any fall is likely to be the result of different metrics which will simply nullify the way exceptionally high-priced properties can skew the figures.

Thirdly, if you’re still worried, just give us a call. We’d be more than happy to have a chat about the market in your area or even offer a free online valuation, even if it is just to put your mind at rest… Just click the link: https://esaleuk.com/free-valuations/