A SURGE in the property market 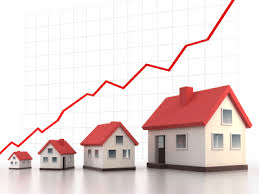 A SURGE in the property market has been recorded by a Yorkshire online agent, reporting the sale of four different homes within days of being advertised.

MD at Harrogate-based www.elsaleuk.com David Rook, has been letting or selling property for 15 years, but says he doesn’t recall such swift or significant interest in new properties at any point since the 1980s.

“We’ve had two mid-priced properties in York and another in Essex sell within days of going online, and a half a million pound house in Harrogate sell within hours of its launch – and with very little quibbling over price.

“Buyers seem to willing to pay the asking price at the moment – perhaps because reports in the media of a potential `bubble’ are persuading them, if they don’t make a move now, they may regret it in a year or so.”

“Research done a couple of years ago suggested as many as three quarters of buyers were at least starting their search for a new home online – and our experience suggests that number is increasing as firms like ours respond to their demands.

“It used to be one of the biggest drawbacks was that few online agents offered floor plans, professional photos and for sale boards but we’re not alone in doing both these days. We even offer a full money back guarantee”

“However, one of the biggest arguments in the online agents’ favour remains the cost. Without the overheads of a high street presence, we can offer professional estate agency services at a fraction of the cost of a traditional one – and that’s a powerful incentive for some, and we even offer a full money back guarantee”