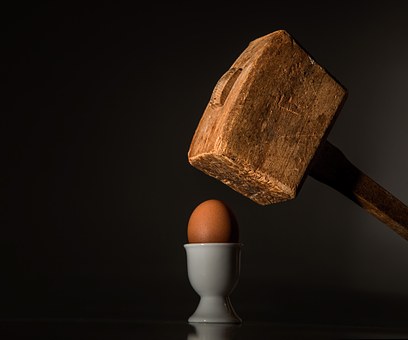 We’ll hold our hands up to a bit of a rant a week ago in the wake of comments made by the Governor of the Bank of England which were interpreted to mean that a no-deal Brexit could spell a property crash in the UK.

Actually – as we tried to illustrate – the remarks by Mark Carney were merely a warning about a worst-case scenario and not a hard-and-fast prediction.

Just the same, plenty of folk read the headlines and presumed the worst, which isn’t great if you’re in the property market.

But, although more responsible media have tried to redress the balance a bit since, the false alarm serves as a useful illustration of how misinformation can influence the buying and selling of homes.

So, if you’d like a heads-up, we thought we’d do a little more myth-busting and list five other oft-repeated “facts” which are neither strictly accurate or indeed, particularly helpful if you’re trying to earn a crust as an estate agent.

“There are no affordable homes on the market for under £100k” … Um. Yes there are. Admittedly, you won’t find them in London or even close to the centre of some of the UK’s other cities but, if you scour property in the suburbs of Manchester, Birmingham for example – or even Sheffield or Durham – you can still find two-bedroom properties for anything between £80k and £100k. They won’t be “luxury” or “executive” but they’re there if you’re prepared to do the legwork.

“A first-time buyer will need to save for 30 years to afford a deposit” … Yes, they probably will if they’ve set their sights on a modern apartment in Islington or a two-bedroom semi in the leafy suburbs of Bristol or Bath. But, again, there are properties out there with much lower asking prices and government schemes such as Help To Buy can help to bring the costs of buying property down further. It’s really a question of how far you’re prepared to move to acquire the first home of your own. Yes, you may have to scrimp and save or even do without avocado for a while – but it’s not impossible, particularly if you’re prepared to be flexible about location.

“More homes need to be built to get us out of this mess.” Well, the answer to that is yes – and no. It’s not just a numbers game; it doesn’t matter if the Government works with the construction industry to build another 300,000 homes a year for the next five years if no one can afford them. It’s the type of home that’s important – and what we need are homes that the average family has the budget to pay for. Up to now, developers have tended to focus their energies on higher-value homes as they bring in more revenue. Local authority planners need to ensure that stops and that there is a fair division between luxury, four-bedroom detached houses and two-bedroom starter homes.

“Buy to let is dead.” It’s fair to say it’s taken a hammering and there are plenty of landlords who have either reduced their stock or sold up altogether in the wake of new regulations introduced over the past couple of years, to say nothing of the reduction in tax benefits. But there are still investors out there, and not all of them from overseas. Once again, it’s the rental incomes from property in the provincial university cities which are still proving relatively lucrative so, although buy-to-let might not be what it was a few years ago, it’s by no means dead either.

“Now isn’t great time to sell.” Believe it or not, we’ve even heard estate agents repeating this old mantra. The kids have gone back to school, the focus starts to switch back to Christmas so the chances of finding a buyer are reduced. It’s certainly true that, like any market, property sees peaks and troughs but to suggest it’s time to shut up shop and hibernate until the spring is nothing short of ridiculous. As we have said many times, the best time to sell your home is when someone wants to buy it – and who’s to say they’re not out there right now?

Hopefully, we’ve given you enough pointers to help but, if there’s anything else you think we might be able to guide you on, why not have a browse through our earlier blogs, give us a call or drop us a line? We’d love to assist if we can.

In the meantime, if you can help us, we’d appreciate a share of this post on your social media channels. We’ve built our blog piece by piece one small share at a time, but another would definitely help us spread the message. If you enjoyed this post and think others might find it useful, please feel free to pass it on.